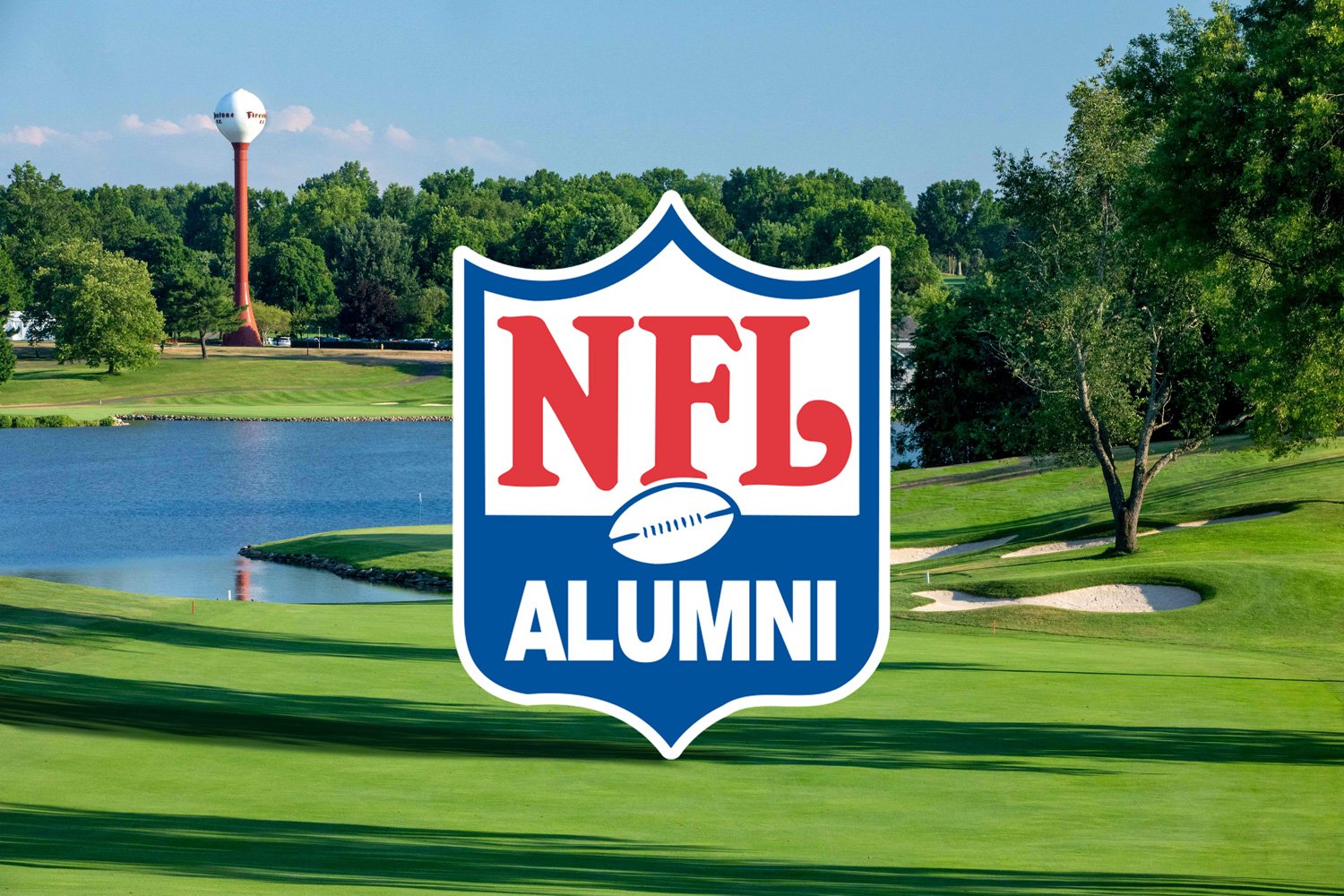 Taking place April 28-29, the event will feature a 36-hole golf tournament on Firestone’s famed South and North courses, a “chalk talk” at the Pro Football Hall of Fame in nearby Canton, an NFL Draft viewing party and more. This two day event will benefit the NFL Player Care Foundation, an independent organization dedicated to helping retired NFL players improve their quality of life by providing programs and assistance with medical, emotional, financial, social and community issues.

Pro Football Hall of Famers Lawrence Taylor, Anthony Munoz and Steve Largent headline the list of more than 20 NFL legends scheduled to participate. Each NFL player will captain a team of four amateur golfers as they compete for prizes.

Fans are invited to follow all of the events around the inaugural NFL Alumni Draft Pro-Am & Experience on the NFL Alumni Instagram & Twitter accounts (both are @NFLAlumni).

“We are proud to continue our support of the Player Care Foundation,” said NFL Alumni CEO Beasley Reece. “This official NFL sanctioned event will travel with the NFL Draft as it tours the nation.  Please make plans to join us in Las Vegas in 2022 and Kansas City 2023.”

“Our club is honored to be hosting such a distinguished roster of NFL legends and VIPs this week,” says Jay Walkinshaw, general manager, Firestone Country Club. “It will be a wonderful opportunity for our team to highlight Firestone’s exceptional golf history to NFL Alumni members and all our other guests, while featuring our proximity to the Pro Football Hall of Fame and everything it has to offer.”

Considered one of the most revered sites in professional golf – and now open to non-members through stay-and-play experiences – Firestone has welcomed the game’s biggest stars for decades. Its flagship layout, the South Course, has hosted three PGA Championships, numerous World Golf Championships (including eight victories by Tiger Woods) and is the current site of the Bridgestone SENIOR PLAYERS Championship. Not to be outdone, its North Course is a venerable Robert Trent Jones design that has also hosted professional tournaments and ranked among the best in the Buckeye State.

ClubCorp, the owner and operator of Firestone and more than 200 other private clubs around the country, is one of several key partners that helped bring the inaugural NFL Alumni Draft Pro-Am & Experience to life. Others include Buffalo Groupe, Ellison Consulting, GOLFTEC, the Pro Football Hall of Fame and PGA Magazine.

NFL Alumni was founded in 1967 and is the oldest and most recognizable national organization of retired professional athletes. Part of NFL Alumni’s dual mission is “Caring for Kids”. Player alumni give back in their local communities by raising funds for youth-related charities through their 37 regional chapters. It is a tradition that has existed for more than 50 years. The other half of NFLA’s mission, “Caring for our Own” is to serve, assist and inform its members and their families. Alumni members are offered a diverse package of wellness, business, career, and legal services to help members and their families be healthy, productive, and connected to one another. To learn more please visit www.nflalumni.org.